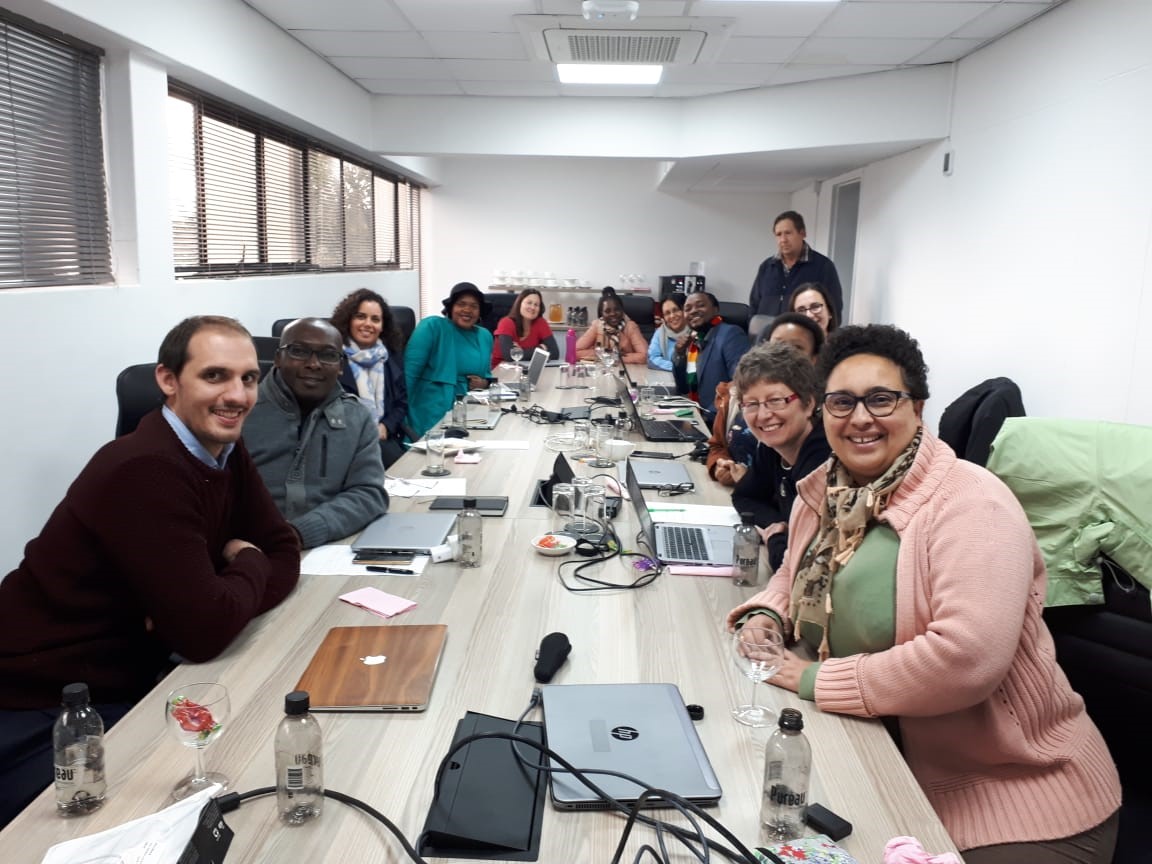 It’s 7:40 am, touch down at the Cape Town International Airport and we are greeted by mild morning winds. The air is quite humid and the skies, overcast. At least, for us Joburgers, it’s not as cold as we anticipated, particularly in comparison to the Johannesburg weather we had just experienced 2 hours earlier. Following a short drive to the South African Medical Research Council, the excitement continued to grow as we got closer to the venue: the excitement to network and share experiences on evidence synthesis in South Africa. This was indeed a perfect opportunity to learn more and exchange thoughts on the production and use of evidence synthesis seeing what an imminent assembly of evidence synthesizers was brought together.

Four organisations were present at this evidence synthesiser meeting, namely the South African Initiative for Systematic Reviews and Rapid Evidence Syntheses on Health Policies and Systems (SAI), Cochrane South Africa, the Center for Evidence-Based Health Care, the Centre for Health Policy Systems, and ourselves, the Africa Centre for Evidence. The main objective of the meeting was to open discussion on the synergies between the evidence synthesis work of organisations present, to seek opportunities for mutual support and collaborations, as well as ways to strengthen evidence synthesis activities in South Africa. Beyond doubt, it lived up to expectations. In this blog, I share key insights (and excitement points) from the presentations and highlight some key lessons from this meeting.

The hosts of the meeting, SAI, gave a warm welcome and opened the presentations. As expected, this set the tone for the discussions to follow. We learned how SAI has established a rapid evidence synthesis service for public health policy-makers, practitioners, and civil society and the range of rapid synthesis services offered as part of the service.  A key takeout from their practise is related to the first and arguably the most important step in any evidence synthesis method: setting and refining the review question(s). This potential deal breaker, which has seen several reviews being abandoned due to the failure of articulation, for them, took often longer than expected, requiring a range of stakeholder engagement mechanism to be put in place. Further, the subject of researcher-policy maker relationship emerges with their quest to ensure usability and engagement with policy-makers leading to a reflection on whether emphasis must be placed on full-length synthesis or focus rapid evidence synthesis.

Next, the Cochrane South Africa presentation unearthed a dialogue around a rapidly developing area in evidence synthesis—qualitative systematic reviews. Although not their primary mandate, it was also exciting to learn of their engagement in primary research. As part of the Global Cochrane network, Cochrane SA is one of 14 centres worldwide and the only one in Africa with a wealth of experience in supporting the production of high-quality systematic reviews on the continent. Cochrane SA was then followed by a presentation of the Center for Evidence-Based Health Care (which works closely with Cochrane South Africa). CEBHC amongst a myriad of its work and offerings (training, systematic review pedagogy, an overview of reviews, evidence maps, short-courses systematic reviews and meta-analysis), is in the process of developing capacity in another emerging area of synthesis: economic evaluation evidence synthesis.

Then, it was finally time to hear from the Joburg evidence synthesizers in the room, starting with the Centre for Health Policy systems at Wits University. Their presentation introduced us to the emerging work on rapid evidence synthesis in the Gauteng health sector. To take one key example from their presentation, we discussed how the balance between usefulness and rapidness of decision-makers’ evidence needs strengthens the demand to advance rapid evidence synthesis methodologies. CHP’s presentation also highlighted the continued complexity around dichotomies and semantics that ascends in evidence synthesis, for instance, qualitative reviews versus realist reviews. From ACE’s perspective, we then provided a short introduction to our work on evidence synthesis, focusing on policy-relevant synthesis products. Perhaps the key point of interest relates to our evidence mapping work; in particular, the method itself and its distinction from scoping reviews. This also potentially presents an opportunity for collaboration.

Unity through strength, strength through unity : best describes the experiences  of this groundbreaking meeting. The engagement reflected the unparalleled commitment to reinforce efforts to enhance evidence-based decision making (EIDM) in improving health systems through shared experiences and applying due diligence the choice of reviews, for instance. The meeting marked the beginning of a journey that we hope will not only last but also to lead to the development of novel strategies to engage with policy-makers, practitioners, and civil society.