We are a multi-disciplinary team and in much of our work we collaborate with other institutions; this collaboration helps us to continuously learn and improve our work. Below are the team members ACE currently employs. 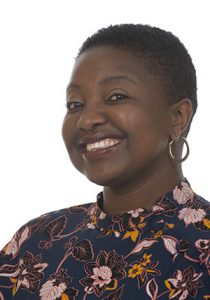 Charity is a programme officer at the Africa Evidence Network (AEN) responsible for coordinating the enhancing evidence capacities workstream. She also works as the communications administrator at ACE. Charity believes that evidence-use is crucial in decision-making because it aids the implementation of relevant policies. Having grown up in Zimbabwe, she started her working life in a very different field: she worked as a temporary teacher and a banker. But through her passion for making a difference in society, Charity chose to come to further her studies in South Africa. She has since completed her MA in Social Impact Assessment and plans to complete her PhD. 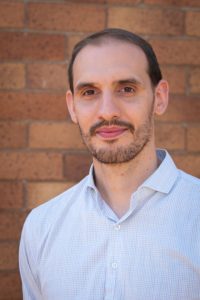 Laurenz is a senior researcher and the portfolio lead for ACE’s evidence synthesis portfolio. Laurenz’s work at ACE involves supporting national government decision-makers to integrate evidence from research syntheses (e.g. evidence maps, systematic reviews, and meta-analyses) in the formulation and design of public policies and programmes. His experience of running a failed sport-for-development programme in the Eastern Cape motivates his passion for using evidence to understand and design public policies that achieve their objectives and improve lives. He strives to support public sector organisations in building effective and sustainable systems for evidence management and use. This includes the institutionalisation of policy-relevant evidence maps, responsive evidence services, and co-production approaches. In his role at ACE, Laurenz is building a growing a team of well-respected evidence synthesis experts adapting methods and technologies for synthesis to the contexts of African decision-makers. Laurenz is the lead author of the Science of Using Science report, a systematic review of what works to enhance evidence use. He has conducted over 50 evidence syntheses including reviews published by the Campbell Collaboration and the Collaboration for Environmental Evidence and holds a PhD from the University College London on evidence-informed development.

Connect with me via email llanger[at]uj.ac.za. 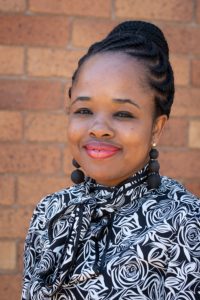 Precious is the programme officer of the Africa Evidence Network responsible for network relations as well as ACE’s events administrator. With her extensive experience in relationship management, Precious is known as the face of the Network and is oftentimes the first point of contact for members. As the events administrator, coordinates all internal and external events that ACE team members participate in. Precious has more than 10 years’ experience in communications and networks having worked in various organisations such as the Human Sciences Research Council and the Constitutional Court of South Africa. She holds a BA in Psychology and a BA Hons in Industrial Sociology, both from the University of Johannesburg, as well as a Post Graduate Diploma in Management from Wits Business School. Additionally, she has a certificate in Digital Marketing from the University of Cape Town and Science Communications from the University of Stellenbosch. 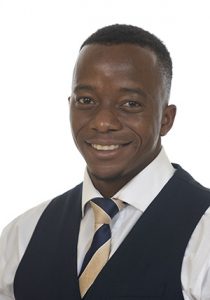 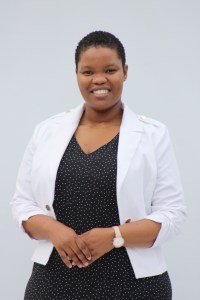 I communicate ideas and amplify messages that matter to inform, influence and build relationships. I aim to contribute to the ACE mission, one key message at a time. 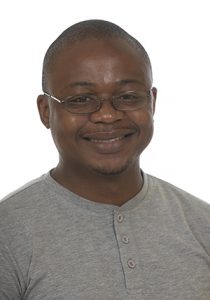 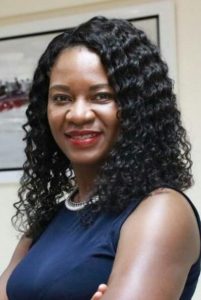 Hazel is a programme officer (interim) for the Africa Evidence Network. Her focus area is making connections and building collaborations. Hazel is no stranger to the Africa Evidence Network, as she previously served as the Africa Evidence Network Coordinator. She holds an MA in Development Studies from the University of Johannesburg (UJ). Hazel has experience in networks and relationship management. Her past roles include those of researcher at UJ’s Centre for Anthropological Research and Alumni Officer for the Australia Awards-Africa program. She is passionate about fostering and maintaining relationships with diverse stakeholders. In her view, collaborations, linkages and engagement are imperative in the production and use of evidence. She takes pride in that the Africa Evidence Network promotes such opportunities. Hazel is passionate about supporting education programs that bring about positive change. She also enjoys reading on literature, religion and autobiographies. 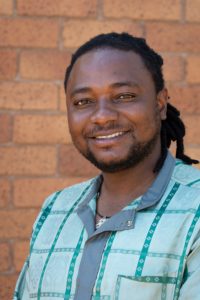 Promise Nduku is a researcher at ACE with a MA in development economics from the University of Johannesburg. His skills include econometric modelling, statistical analysis, and team management. At ACE, Promise works with and coordinates a team of junior reviewers on multiple evidence syntheses. Promise is an ardent supporter of embracing sustainable development, inclusive growth in particular, as an effective tool for poverty and inequality reduction. Not only is Promise passionate about education and development, but he is also a budding urban agriculturist. He passion project includes growing a vegetable patch at his Johannesburg home. 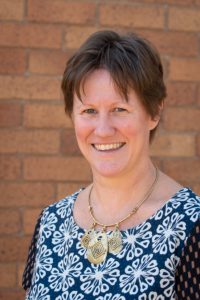 Ruth is the director of the Africa Centre for Evidence as well as the chairperson of the Africa Evidence Network. Having grown up in Malawi, Ruth completed her undergraduate degree at Cambridge University and her PhD at the University of London. Ruth has worked for over twenty years on the production and use of synthesized evidence to inform decision-making, including systematic reviews, rapid evidence assessments, and evidence maps. She holds a B1 rating from South Africa’s National Research Foundation. She is committed to making a difference through her work by ensuring that research evidence is useful and used, which she does by building relationships and communities around this common goal. She has played an instrumental role in establishing the field of evidence-informed development, and in establishing the concept of evidence networks. Throughout her career, Ruth has worked across academia and government with the goal to engage stakeholders in her research using a wide range of approaches. When not directing ACE or chairing the AEN, Ruth can be found either walking the Camino de Santiago or running after four children, two cats, and two dogs at her Johannesburg home. 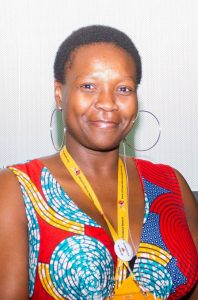 Siziwe started her professional life as a qualified social worker in 1997, and completed her MA in public management at Regenesys Business School in 2014. Over her 21-year career with various non-governmental organisations, commercial companies, international donors, and government departments, Siziwe has developed skills in community development facilitation, operations management, capacity-building, and psycho-social support. At ACE, Siziwe works as the operations manager for the Africa Evidence Network as well as co-leads the evidence communities portfolio with Nasreen. Siziwe has a passion for running, having qualified and completed the Comrades marathon three times. 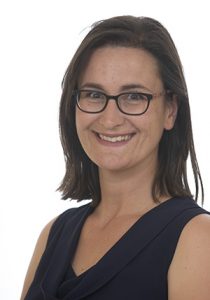 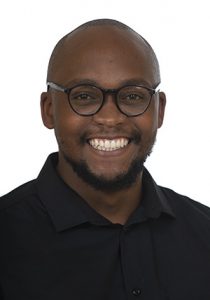 Nkululeko is a researcher at ACE. He holds an MCom in development economics from the University of Johannesburg and is currently pursuing a second MCom in competition and economic regulation. His research interests broadly include competition and regulatory economics, labour economics, resource economics, and macroeconomic policy. Through his research, Nkululeko aims to contribute to relevant socioeconomic dialogue and policy change in the developing world with the broader aims of poverty alleviation and more equitable resource distribution. His current role at ACE is in evidence synthesis application in the wider social sciences spectrum. He has worked on different types of evidence syntheses including evidence maps and rapid synthesis on land reform for the Presidential Advisory Panel on Land Reform and Agriculture. He does not like movies but is passionate about education, leadership, political history, and African culture. 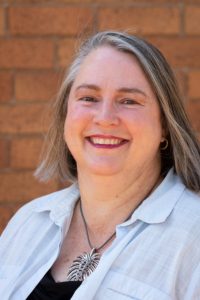 At ACE Carina is the portfolio lead for evidence capacities. In her role at ACE, Carina coordinates all of ACE’s internal and external professional and capacity development. One part of this work is ACE post-graduate supervision and programmes, including the postgraduate short learning programme in evidence-informed decision-making. Carina also acts – alongside Ruth – as the co-director of the South African centre for the Collaboration for Environmental Evidence, namely CEE Johannesburg.  In addition to this, Carina is famous for her amazing fire-making skills demonstrated on various work retreats. 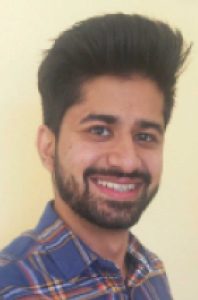 Zafeer Ravat is a research consultant at ACE. He holds a Master of Commerce degree in Development Economics from the University of Johannesburg. His skills include data management, statistical analysis, project management, public speaking and stakeholder engagement. His work at ACE is primarily focused on how technological developments can simplify evidence synthesis as well as facilitate evidence-informed-decision-making processes. Zafeer believes in the importance of transparent, clear and effective research with interests in social justice, inequality and pro-poor economic development. Often referred to as a ‘bargain hunter’, he prides himself in procuring goods at the lowest possible price. 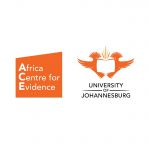 Metoh is a research administrator at the Africa Centre for Evidence. He is a Cameroonian by birth. He began his working life as a Chemistry teacher after graduating with a BSc in Chemistry from Buea University in Cameroon. He has worked in the NGO sector for over 15 years as a researcher and Helpline supervisor. He holds an MA (Cum laude) in Development Studies from the University of Johannesburg, and is currently writing his thesis for a PhD in Development Studies with ACE. His work at ACE and interests include climate change, environmental governance, and how to employ the use of research evidence in policy decision-making. 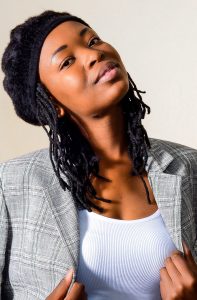 Andile holds a BA honors degree in development studies from the University of Johannesburg. Her honors research focused on how a feminist government would affect the lives of women in South Africa. Andile works as a research assistant with the evidence synthesis portfolio at ACE. Andile’s work  includes consolidating resources from different sources into one product that is easy to navigate. She has done a lot of community work and believes that evidence-informed decisions can bring about effective change in the lives of people. 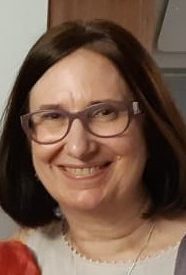 Beryl is a UJ Global Excellence and Stature (GES) Professor of Practice and an ACE senior advisor.  As a GES professor, she is providing research and innovative leadership that supports UJ’s Fourth Industrial Revolution agenda.  As an ACE senior advisor, she contributes to the delivery of ACE’s work, with a focus on advancing research and innovative practices to improve evidence-informed decision-making. She contributes 30 years of experience regionally and globally to support expanding ACE’s reach and impact and institutional development.  She has provided advice to the Vaccines for Africa initiative at UCT in the development of a new regional programme. She is the PI on an ACE research project to develop a gender and equity index and other tools to improve gender- and equity-responsiveness in evidence appraisal and use in decision-making.  She is currently the global technical lead for monitoring, learning and adaptation and gender and equity in the FCDO-funded programme, Strengthening the use of Evidence for Development Impact in Ghana, Pakistan and Uganda. She has a MSc in international public health (distinction) from the Liverpool School of Tropical Medicine. 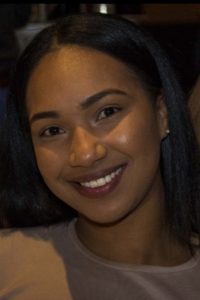 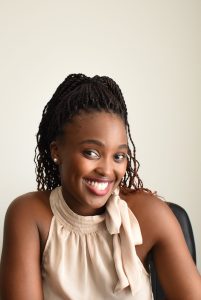 Tanya is a firm believer in being the change you want to see in the world. This was part of her motivation for studying a BA degree in humanities and BA Honours degree in anthropology. Using the skills gained through her studies, Tanya hopes to initiate that change by working at places such as ACE. Being part of the ACE team helps Tanya live as an agent of social change.