The new Africa Centre for Evidence

A personal story By Ruth Stewart 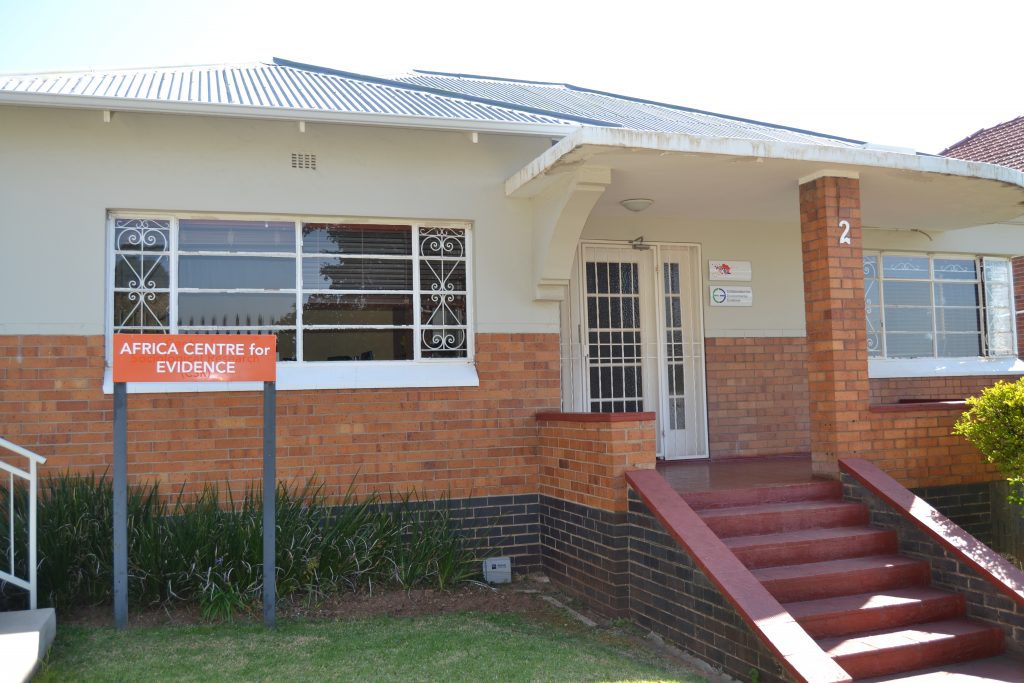 The University of Johannesburg has a new research centre: the Africa Centre for Evidence. Founded in 2017, our vision is to reduce poverty and inequality in our region by increasing the production and application of research evidence that is both useful and used.

As the proud Director of this new Centre, I want to share with you just some of the motivation behind our work. The daughter of British expatriates, I was born in Malawi. Growing up in one of the poorest countries in the world, I understood from a young age that I was privileged. I also learnt much about the many ways people try to address poverty and inequality and the difficulties in doing so effectively. Aged six, having heard that one of the children I played with by the lake had a birthday the next day, I scrubbed one of my dolls, put a ribbon in her hair and prepared to hand her over as a birthday gift. When my parents heard of my plans they intervened. I had only one doll to give, and there were many children. Their argument was that I should instead offer all the children a chance to play with my toys whenever they wanted, rather than give one child a doll. It was not an easy lesson to stomach. We learnt the importance of education and employment as more sustainable ways to address poverty as my mother found work for everyone who came asking for a job, and my father headed up one of the few secondary schools in the country. We learnt about the importance of the rain for farmers and their vulnerability to drought, and how something as simple as a lift to the hospital could save a life. We understood through my mother, one of only a small number of doctors in the country, that poverty means that children die, that illness is debilitating, and that healthcare is not universal. We also experienced the big cars of donors and government officials, the fly-in-fly-out missionaries, and the endless initiatives to try to improve lives.

Fast forward to my university years in Cambridge in the UK, and I learnt that being clever could make a difference. That it is not only the rich and powerful who influence decisions, but that through thorough research, humility and collaboration, I could generate useful evidence to inform decision-making. Through an inspiring lecturer, I started working on projects in South Africa, and then a job at the EPPI-Centre in London. I learnt about a different corner of Africa: a post-apartheid country with influence, expertise and inequality. And I was trained in systematic reviews, lay/stakeholder involvement in research, evidence-informed decision-making, government research and so much more.

Through ongoing collaborations with researchers in South Africa that date back to 1998 when I was still an undergraduate, I have been working in the region for nearly 20 years. I am now based permanently here in Johannesburg with an amazing talented team of colleagues around me. All of our work has focused on ensuring that we produce research that is useful for decisions and used by decision-makers. It has ranged from understanding what interventions support smallholder farmers, to the impacts of microfinance on the livelihoods of poor people. In 2001, I was part of a workshop programme training decision-makers (mostly government officials) in how to access and make use of research. This work has developed to include a large number of capacity-sharing and capacity-building approaches, and we now work in close collaboration with government officials across South African government to support their work in institutionalizing the use of research evidence. We support a network of over 1000 people from across the continent with an interest in evidence-informed decision-making, because we believe that only together can we make a difference. We are increasingly recognized as global leaders in policy-relevant research methodologies: specifically evidence mapping and evidence syntheses as means to produce structured and reliable summaries of knowledge for decision-makers.

The goals of our Centre are to:

We look forward to sharing with you our progress against these goals over the coming years.